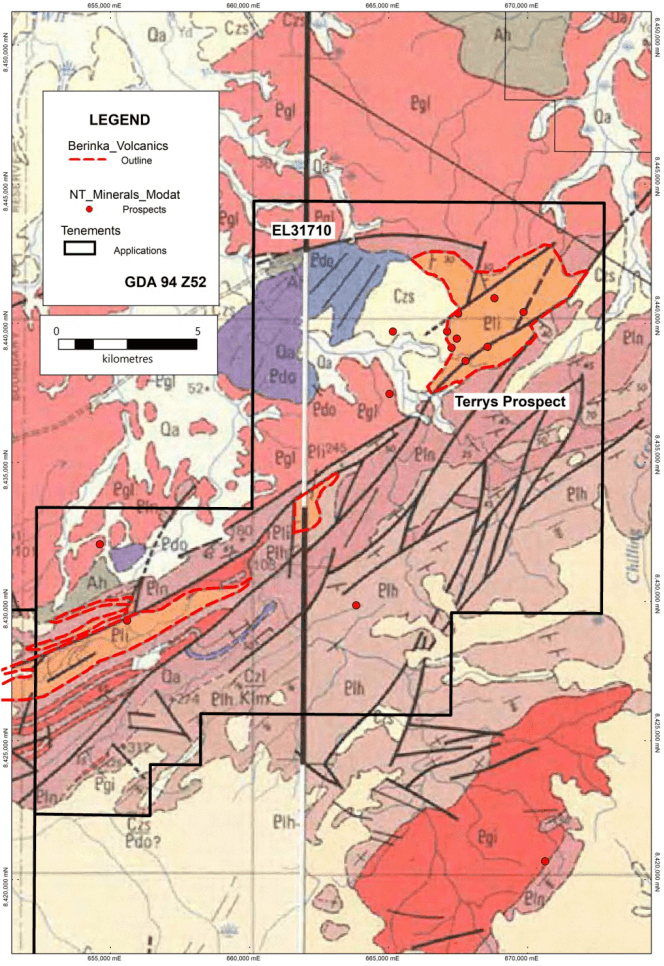 Regionally the Giants Reef Fault is associated with numerous significant deposits including the Savannah Ni-Cu-Co mine, the Argyle Diamond mine, the Browns Pb-Cu-Co-Ni deposit, and the Woodcutters Zn-Pb mine 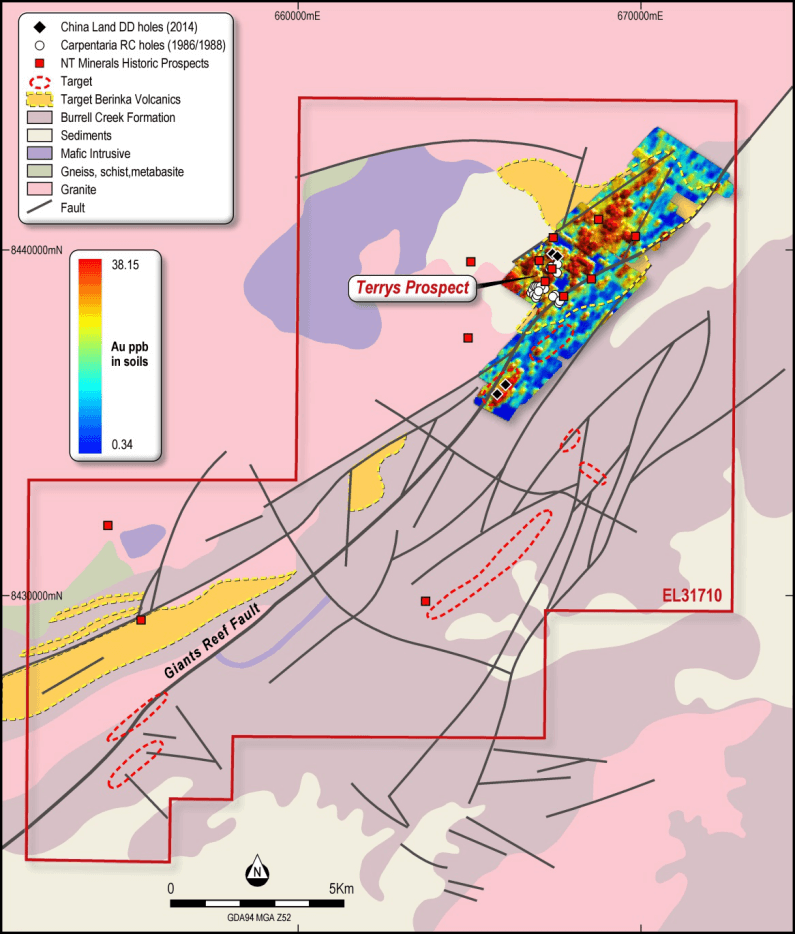 A summary of all intersections using a 0.4 g/t cut off 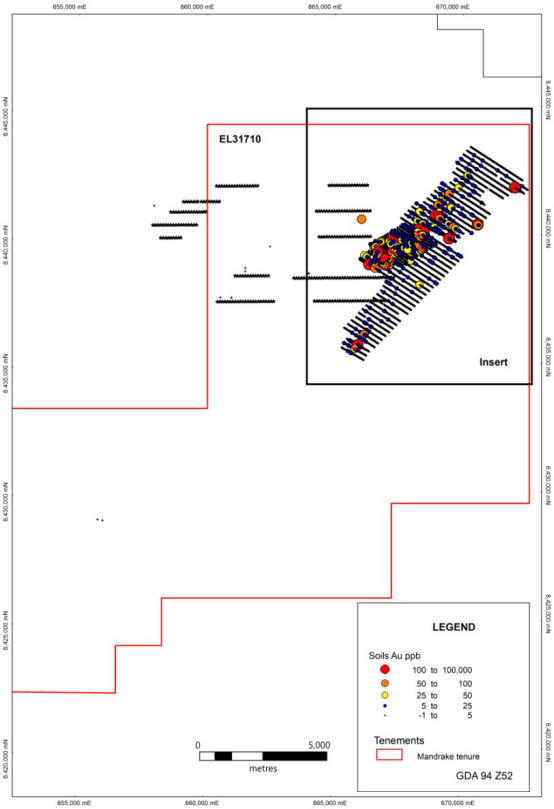 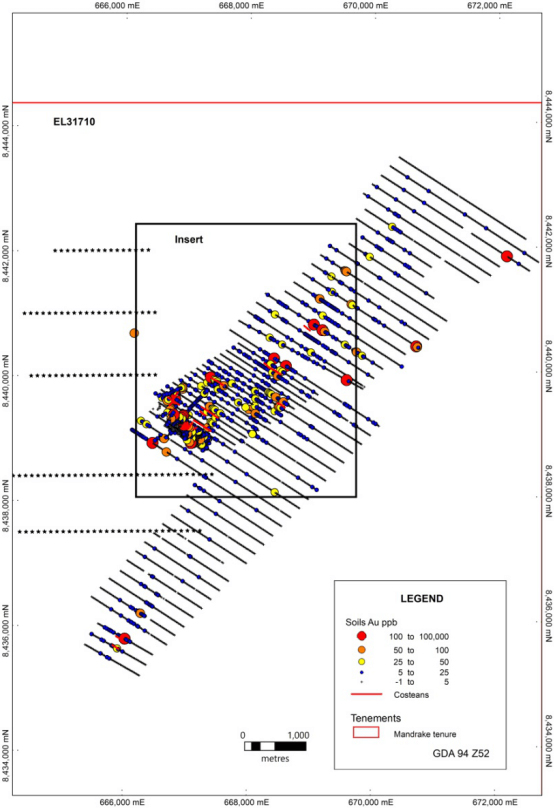 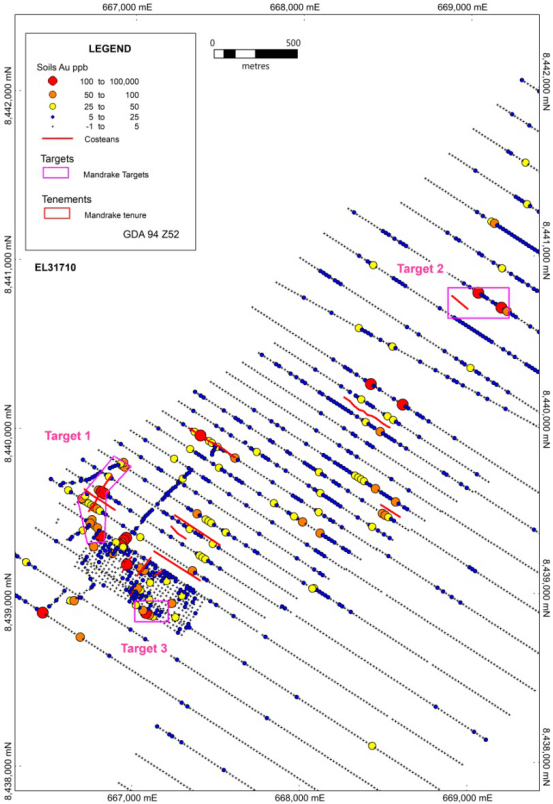 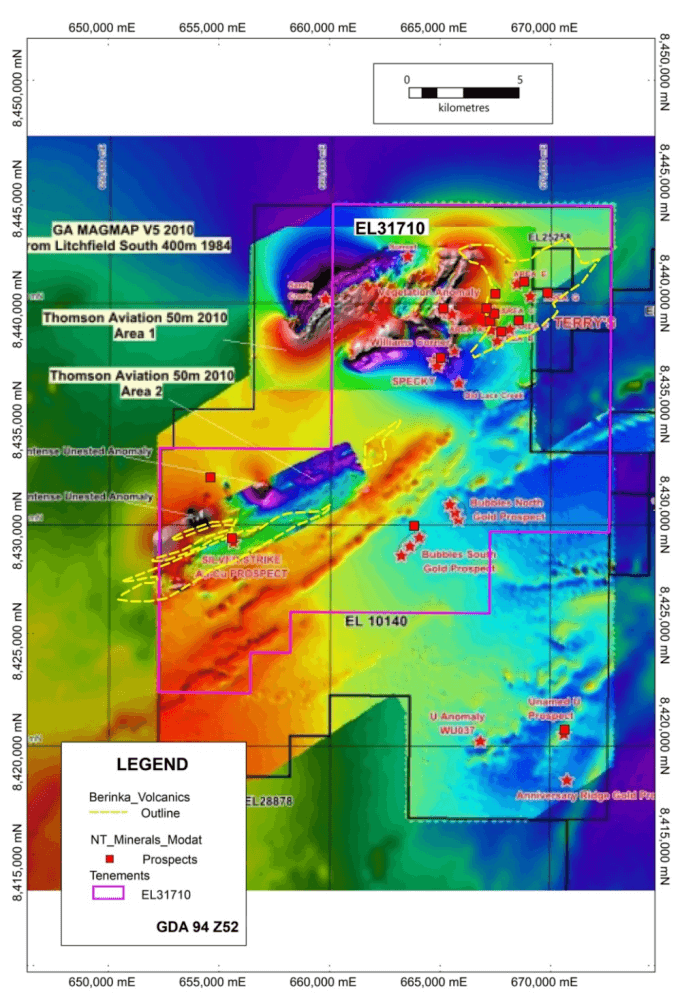 Historic ground IP has been trialled over the Terrys Prospect (Carpentaria)

New interpretations of the structural geology of the area will be completed through the reassessment of existing geophysical data and incorporated with existing detailed soil coverage in the NE of the EL.

Mandrake intends to assess the petrophysical responses of mineralisation (sulphide bearing) to determine if electrical or other geophysical techniques may be effective exploration tools to test extensions at depth. 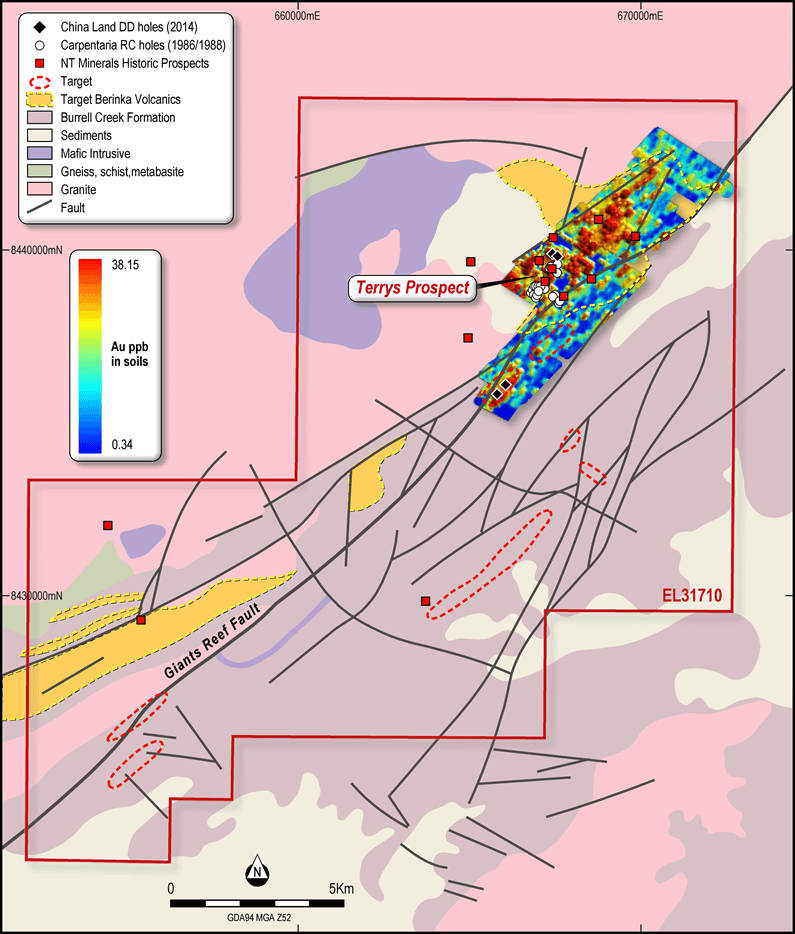